The Ten Deadly Sins of Speaking

The Ten Deadly Sins of Speaking 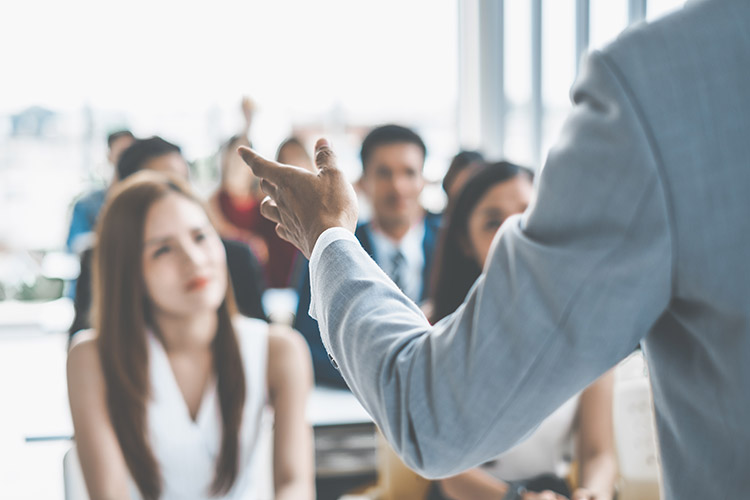 Aw the human voice. It’s the only instrument we all play and it’s the most powerful sound in the world. The human voice can start a war, say I love you, praise or embarrass a person; it also allows you to influence beyond your wildest imagination. Yet when people speak, several feel they aren’t listened to. Ever wonder why that is?

Speaker and author Julian Treasure defines listening as being an act of making meaning out of sound. Treasure further states that sixty percent of the conversation is listening and only twenty five percent of what is said actually resonates with the receiver. Well besides not making the speaker a priority (aka: I don’t have time), I have found that there are ten deadly sins that people commit while speaking. These sins are not in any particular order and all are in the control of the speaker. They are as follows.

Gossiping is defined as being the endless idle talk or rumor about the personal or private affairs of others.

When people gossip, others quickly learn that the gossiper cannot be trusted; the gossiper in all likelihood will be gossiping about them in the near future; they must be extremely careful about what they say to the gossiper because it will become front page news within minutes and they may be in the middle.

Opflation is known as the art of combining facts with opinions and developing that process into fabricated facts to the point that they become a crafted reality.

Speakers who employ the art of Opflation twist facts (some of which are relatively insignificant) into believable realities to the point that others actually believe what they are hearing until they repeat what they have heard and are corrected much to their chagrin. The humiliated party learns not to trust or seek out information from the offending party, in other words; they choose to ignore or pretend to listen.

Others grow uncomfortable with our complaining and choose not to participate in any interaction that they perceive to be somewhat hostile or fruitless.

Exaggerating is a close cousin to Opflation. Speakers take a little truth and weave it into front page news. Good, bad or indifferent, the subject takes on a life of its own. The listener now doesn’t know what to believe because s/he knows only a piece of what the speaker is saying is true but, they are unsure as to what piece is true?

Speaker and author Julian Treasure speaks about people who are “flamethrowers”. You will hear statements like; I have no time; I didn’t receive the data to formulate my report; it’s not my problem; I’m too rushed; etc. Excuse after excuse after excuse – just grinds the other party down, to the point they can’t be bothered and they tune out from mental exhaustion.

People who are peremptory are people who leave no opportunity for denial, debate or dispute. It’s their way or the highway because they’re right. Assertive in speech, tone and manner; peremptory people are difficult if not impossible to have an intelligent conversation with. They are “energy suckers”.

It has often been said that ego is the anesthesia that deadens the pain of stupidity. Why are people untrue? The answer is ego. People do not want to admit being wrong nor do they want you to know what they know or they feel threatened by your knowledge. Others do not trust them nor do they wish to have a dialogue with them.

Selfishness is the burden of a foolish person. Talking to someone and then turning the conversation to make it all about you is relationship suicide. Nobody wants to know and nobody cares.

Forty percent of all people you meet are serial communicators. They have a tendency to go on and on because it’s important to them that they paint the entire picture to the theme. It is their belief that it is important for the receiver to understand the back story to what is being said. This bores the receiver to the point that they lose interest quickly in the conversation and in the other party.

I am not saying that we all suffer from these sins and I know I am guilty of a few myself. However, I have learned some techniques that will enable you to overcome these sins. They are: