BACK TO THE OFFICE LIFE

BACK TO THE OFFICE LIFE 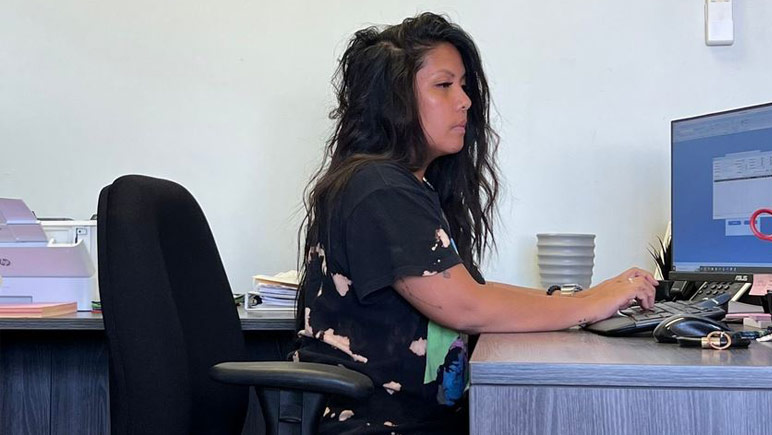 Approximately 64% of Canadian companies surveyed are requiring employees to come back to work in September of 2022 and 19% have changed their back to office plans over the past four months in an attempt to retain staff. “Collaboration and communication between colleagues and teams are the leading forces driving innovation, productivity and growth”; says Vice President, Operations for AWC Manufacturing, Rob Torresin. One of the biggest benefits of returning to the office is the improved connection with peers that can lead to more effective divergence, increased productivity and team synergy.

While 70% of over 1000 workers surveyed by PwC say that they prefer working remotely and not being the office more than two days per week most Canadian organizations are pursuing the fact that they would like to see all of their employees back to the office once the students return to class. the

Thirty months ago the era of remote working abruptly began. As the first wave of Covid-19 cases prompted lockdowns in the western world, white-collar workers had to get used to new ways of conducting themselves. Unmuting was not yet a reflex movement, Zoom fatigue not yet a common affliction, Microsoft Office not yet a highly trained skill.

With September just around the corner now another era is getting under way in the Canadian workplace. Unless a new variant of the virus again intervenes, more and more workers will go to the office for at least a portion of their working week, if not for a five day week. Guidance to work from home was lifted in Britain in January, a number of Canadian employers are requesting a full back to work in September and for the most part, the United States of America left it to the employers to determine how they might wish to handle their staffing challenges. American Express expected to see people back in its offices in America beginning March 15th; employees of Citigroup, Google and Apple were given return dates of March 21st, April 4th and April 11th, respectively.

Another period of adjustment is unfolding, and not just to the novel demands of hybrid work models. People also have to get used to the physical reality of once again being surrounded by colleagues—people who gaze, chatter, slurp, wheeze, clatter, rustle and fidget.

Some readjustments are clear: wearing trousers is a requirement, not a lifestyle choice. Others are less obvious. Making eye contact with someone else’s actual eyes is a skill that needs to be relearned as the office fills up again. Too little, and you come across as uninterested. Too much, and you seem uncomfortably intense. A study in 2018 found that three seconds of mutual eye contact was about right for the average person (just don’t count out loud).

Small talk is another lost skill. You do not have to politely nod and smile at people when working from home. Asking about the family is weird when you are speaking to your spouse and children. By contrast, an office environment demands endless casual pleasantries, whether bumping into someone in the corridor, clustering in the office kitchen, holding doors open or just doing the “office drive by”. There is a pay-off to platitudes: researchers from Rutgers University and the University of Exeter found in 2020 that small talk enhanced workers’ sense of well-being and connectedness. But chatting about nothing requires practice, even for extroverts.

Meetings are entirely different in the offline world, in good ways and bad. The good includes greater spontaneity and the fact that no one freezes mid-speech, their face contorted into a hideous rictus. The bad is that many habits developed at home must quickly be unlearned upon returning to the office.

You cannot openly do other work like tapping away on a laptop while someone drones on is perfectly acceptable on Zoom, but not in the same room. You cannot magically disguise yourself from view by turning off a camera. Any eye-rolling you do will be seen; headbanging the table in exasperation will be noticed.

When participating in a virtual interaction, you can easily get up and visit your kitchen, look for a snack in the cupboard or go to your fridge for a drink – this will not be as easy in face-to-face conversations. Nor can you leave pointless meetings as easily in the office. In the virtual world, salvation is just a click and an insincere-apology-in-the-chat away; in the physical world you have to move chairs, mutter excuses and negotiate the door handle. In several cases your exit accompanied by a stare.

The realities of corporeal colleagues show up in other ways, too. Take seating. Rarely do you amble into your own living room to find Peter from manufacturing there. In the office you will be competing with him to book a desk; worse, he may be your neighbour. Heating is another example. I understand from speaking to some of my colleagues that ladies are more productive at temperatures warmer than those preferred by men, but ladies might be less likely to have control of the thermostat in the office than in their homes.

And this is to say nothing of the underlying concerns that drove people to vacate their offices in the first place—the infectiousness and virulence of Covid-19. Company by company, new norms of physical interaction will emerge and change over the coming months. Handshake, fist bump or simple “hello”? Masks on, off or slung under the chin, ready to be deployed at a moment’s notice? Socially distanced or just social?

The start of the hybrid era may be good news. It means that the pandemic has moved into a new and less threatening phase. Companies can now try to blend the benefits of in-person interaction with the flexibility to work remotely that many employees crave. But the proximity of people will still take time to get used to again.

Nicholas Pollice is President of The Pollice Management Consulting Group located in Niagara, Ontario, Canada. An international facilitator, presenter and consultant, he is known as an operations management leader and coach. Nicholas conducts programs in leadership, supervision, communication, negotiation, conflict resolution and strategic planning. He has been a international consultant since 1989 and is the author of several professional publications. His presentations have been consistently ranked in the top 10% throughout North America. See Nicholas’ bio, his other publications and services on the PMCG. Website at www.pollicemanagement.com